Phil Markham studied Archaeology and Environmental Studies at the University of Wales (Lampeter), completed a Masters in Town and Country Planning at the University of the West of England, completed a post-graduate diploma in Heritage Management and certificates in Field Archaeology, Architectural History and Environmental Decision Making. He is a member of CIfA, IHBC and RTPI and completed a commercial pilot’s licence in the early 2000s. He has covered most aspects of Heritage Management and is the ALGAO Rep for Buckinghamshire.

Lucy Lawrence (née Norman) studied archaeology and classical civilisation at the University of Nottingham. After graduating in 2000 and two years living abroad, she started work for Wessex Archaeology at the Heathrow Terminal 5 excavations. Following this she transferred to Oxford Archaeology where she spent 12 years, initially working in the field, before moving into their in-house consultancy team. In 2015 she joined Cotswold Archaeology as part of the Milton Keynes consultancy department before joining Buckinghamshire County Archaeology Service as an Archaeology Officer in 2018.

Having twice failed to get into university (boyfriend distractions) Julia Wise spent five years as a library assistant in Norwich whilst doing an additional A-level at evening classes. She finally succeeded and studied archaeology at Cardiff University as a mature student, followed by five years working on a wide variety of archaeological sites in south Wales for Glamorgan-Gwent Archaeological Trust. In 1990-1991 she completed a post-graduate professional studies course in Field Archaeology at Oxford University which included a three month placement with the County Archaeological Service in Buckinghamshire, before joining Lincolnshire County Council as HER Assistant for three years. In 1994 Julia became the HER Officer for Buckinghamshire, a post she has held for 25 years.

Paul Clements studied archaeology at the University of Winchester. After graduating he spent 13 years working for Northamptonshire Archaeology (now MOLA Northampton). He has worked on and supervised a wide variety of excavations across the UK, particularly the Midlands and East Anglia, covering the Neolithic period through to Second World War airbases. He has also undertaken numerous geophysical surveys. During this time he spent 9 months on secondment with Northamptonshire HER. Initially working on SHINE, the secondment was extended to include undertaking commercial enquiries, and inputting of data. Paul joined Buckinghamshire HER on a full-time basis in 2018 after spending 3 years working part-time for MOLA and Buckinghamshire Council. 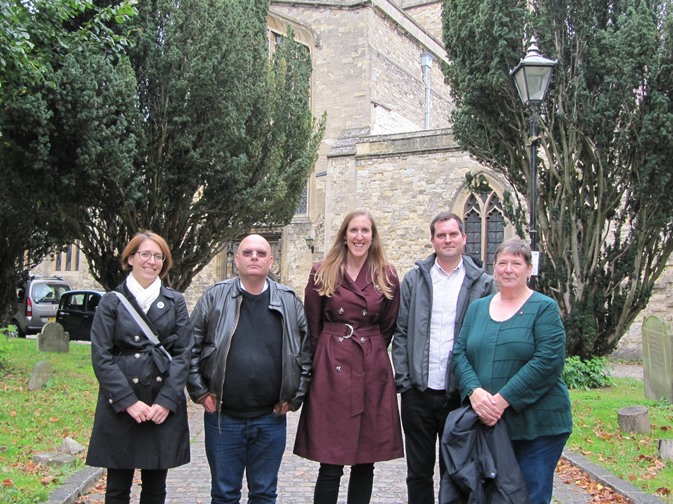